Mr. Alexander Ayoola Okoh was appointed the Director General of the Bureau of Public Enterprises (BPE) on Thursday, April 13, 2017. Prior to his appointment, Okoh was the Managing Partner of Ashford & McGuire Consulting Ltd, a leading, wholly indigenous management consulting firm.

The DG, who is currently a member of the Presidential Economic Advisory Council, has 32 years experience, 22 of which were in banking where his responsibilities involved general management, leadership and organisational development. 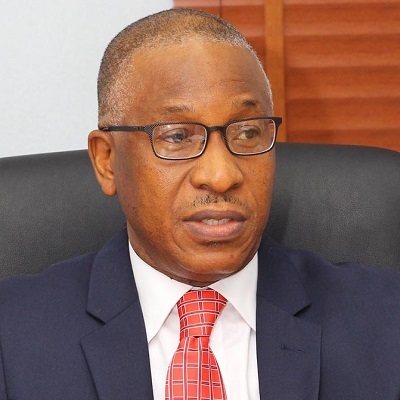 He was the Managing Director/CEO of NNB International Bank Plc from 2001 to 2006, where his visionary leadership took the bank from a comatose state to a position of enhanced value for stakeholders. During his career in the banking sector, he served in a variety of leadership roles, including corporate banking, operations, treasury, as well as initiating and designing transformative projects and processes.

As BPE helmsman, he has embarked on a comprehensive change programme of rediscovery and repositioning that has put the Bureau on a path of disciplined and responsible reform and privatisation, as well as an effective post-privatisation management regime. This programme will ensure that the reform objectives of the FGN are pursued with transparency, integrity and confidence and that the government and people of Nigeria become the ultimate beneficiaries.

Okoh studied Sociology at the University of Benin and holds a Master’s degree in Banking & Finance from the University of Ibadan. He is also an alumnus of the Harvard Business School’s Advanced Management Programme.